If you plan to: Adopt Agile, implement Scrum and need the tools,Explore more Scrum Master role and accountability,Guide your team and organization,Help your team perform at their highest level,Test

If you plan to:

then this course by Scrum Alliance® Team Coach is definitely for you!

What we will learn and try on practice:

5) Scrum Theory:
– define Scrum.
– list the five Scrum values.
– define empiricism.
– list the three empirical Scrum pillars.
– list at least three benefits of an iterative and incremental approach.
– describe at least two disadvantages that could occur if Scrum is only partially implemented.
– describe how Scrum is aligned with the values and principles of the Manifesto for Agile Software Development.

Tickets are not available for sale any more for this event! 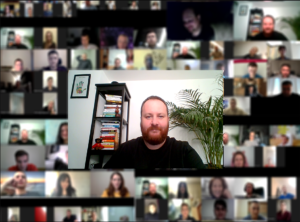